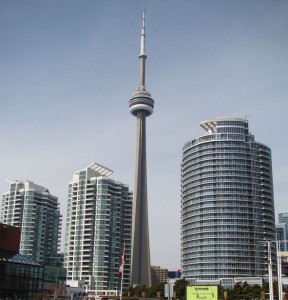 When the 2013 Global 100 rankings were released by Toronto-based media and investment research company Corporate Knights (CK), some attention was paid to the optics of two oil companies making the top five of what is arguably the most rigorous global sustainable business ranking. But a closer look reveals that Canadian firms are outperforming, increasing their representation over 2012 and 2011. This year ten companies made the list, versus six and eight in the last two years, tying the U.S. for most companies listed in the final 100.

This is good news. Ten percent of the list is homegrown in comparison to 3.61% country representation on the Dow Jones Sustainability World Index, and the listed companies are from diverse industry sectors. Along with those returning from previous years—Suncor Energy, Nexen, Sun Life Financial, Enbridge, Royal Bank of Canada and TELUS—some new players entered the group. Barrick Gold and Cenovus Energy appeared for the first time, as did Canadian National Railway and Teck Resources.

Given the attention being paid to Canada around climate change, this may come as a surprise to some people. But as Toby Heaps, Corporate Knights CEO, says: “There is something to note about extractive-intensive economies—the stereotype is that they are big eco-hogs. But when you look at our elite players that compete on the global stage…they understand the value of resources—water, energy, scarcity of waste disposal options…”

One of those firms is Teck Resources, the new entry that topped the Canadian contingent at number 21. The diversified extractives firm has operational sectors focused on copper, steelmaking coal, zinc and energy. In 2011 the organization released a long-term sustainability strategy with goals stretching to 2030—including sourcing of renewable energy and zero fatalities/injuries. Upon the release of the Global 100 list, Teck President & CEO Don Lindsay stated, “Our people live and work in the communities where we operate and they care deeply about doing the right thing for future generations…This ranking recognizes the progress we’ve made, but we know there is more work to be done,” alluding perhaps to the company’s infrastructure investments and work to address liability for effluents released into the Columbia River.

Is the sustainability performance of Canadian business improving absolutely?

According to Heaps, there are two possible ways to account for this year’s outcome: changes to methodology1 and changes to performance. With methodology, there are two new influencers. This year KPIs were customized by industry, and a new KPI, Pension Fund Status, was added to evaluate retirement benefits for employees. Heaps thinks that Pension Fund Status would have a small impact, and notes that for the sectors in which Telus, CN, Barrick, Teck and Cenovus competed all 12 KPIs were still evaluated.

The overall verdict is “Simple relatively better performance against peers,” according to Heaps. Would the stronger state of the Canadian economy have had an influence? For the firms that are barometers for the economy as a whole—the financial firms RBC and Sun Life, transport company CN, and ICT Telus—a strong economy may have helped. But the energy firms would not have felt the impact in the same way.

While the SustainAbility Rate the Raters Part 4 report predicts that “ratings going forward will not be universal or standard across sectors,”2, the integrated list still generates the buzz. The Global 100 compares companies against peers on customized KPIs, bringing them together in the final grouping. The natural metaphor, according to Heaps, is of students marked on the bell curve within their discipline—arts or engineering—then being compared against each other when applying to graduate school. “People like to see the broad picture, it is a world of integration,” says Heaps.

The result is an aggregate global snapshot of well-managed firms relative to peers that can be compared to market benchmarks. The Global 100 “has outperformed the MSCI All Country World Index (ACWI)–the Global100’s benchmark—by over 900 bps (basis points) over the last 8 years. It turns out that our methodology for stock selection in the Global 100 is a strong proxy for corporate operational efficiency, which has been an increasingly important driver of stock returns in recent years,” said Doug Morrow, VP Research at CK upon the list release. Heaps also stated that “on carbon, water, energy, and waste, the Global 100 are on track to double their resource productivity by 2025 in two thirds of the cases, and in an era of peak commodity prices, this makes as many dollars as it does sense.”

1  From a starting universe of companies with market capitalization over $2 billion, companies were first screened out on: disclosure of at least 75% of the Global100 performance indicators; financial health; product type (tobacco and armaments involvement); and a high dollar amount in financial sanctions. From there, the selection criteria of 12 key performance indicators range from energy, carbon, waste and water productivity to safety performance and leadership diversity.
2 http://www.sustainability.com/library/rate-the-raters-phase-four#.UTSixOtAS9Y